Exhibit your products at the top event in North America for Artisan Chocolate Makers.

REGISTER TO EXHIBIT IN THE FESTIVAL 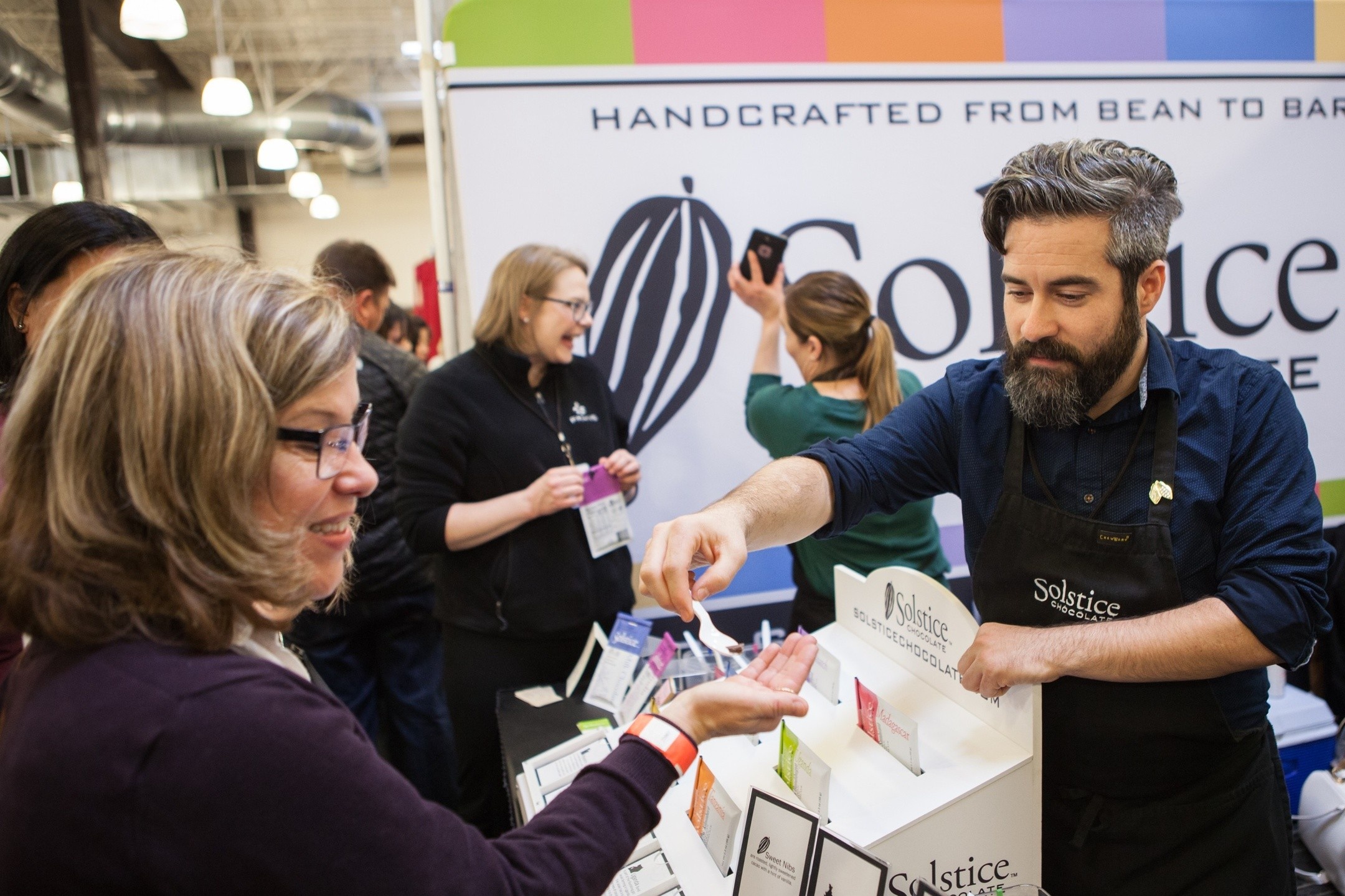 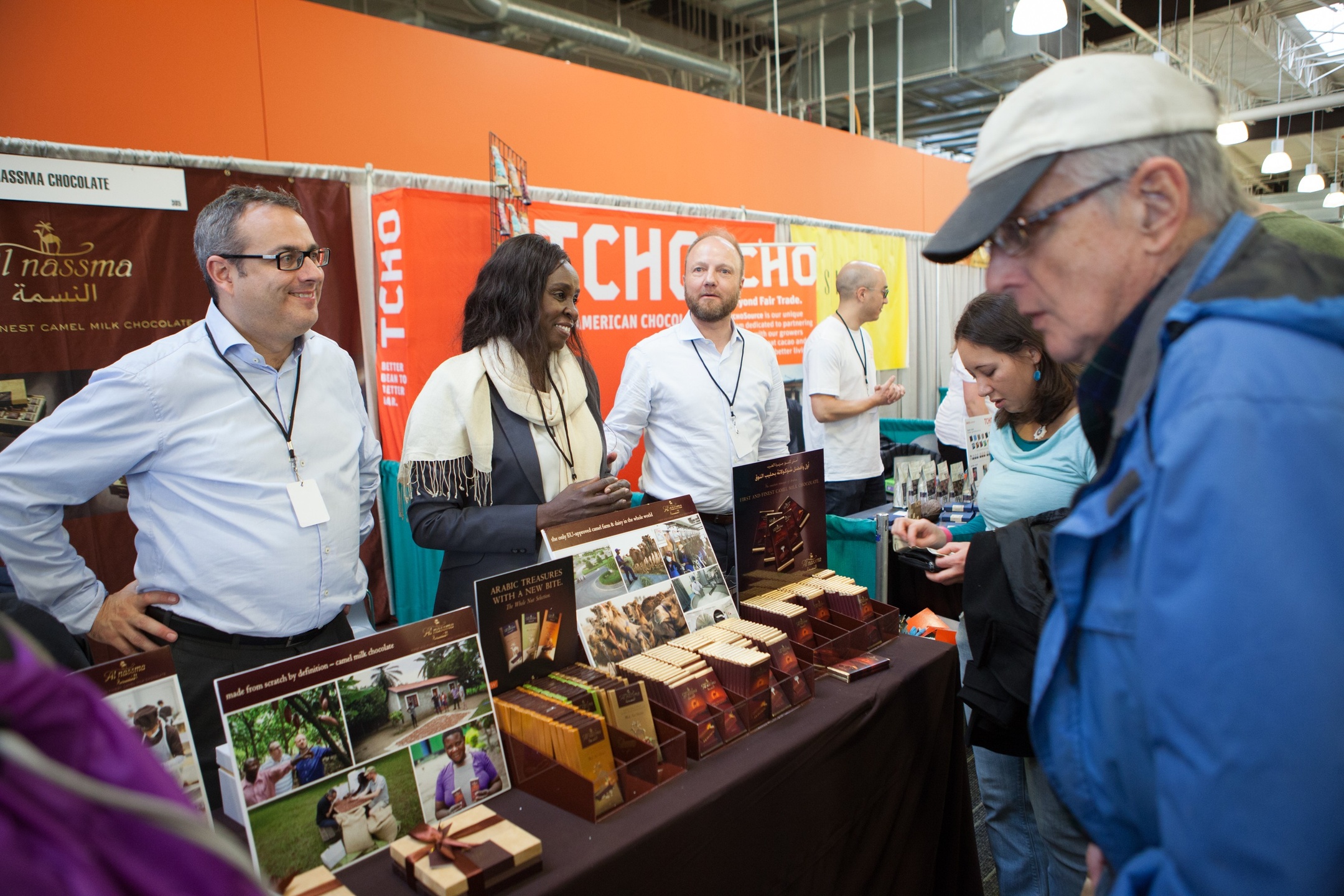 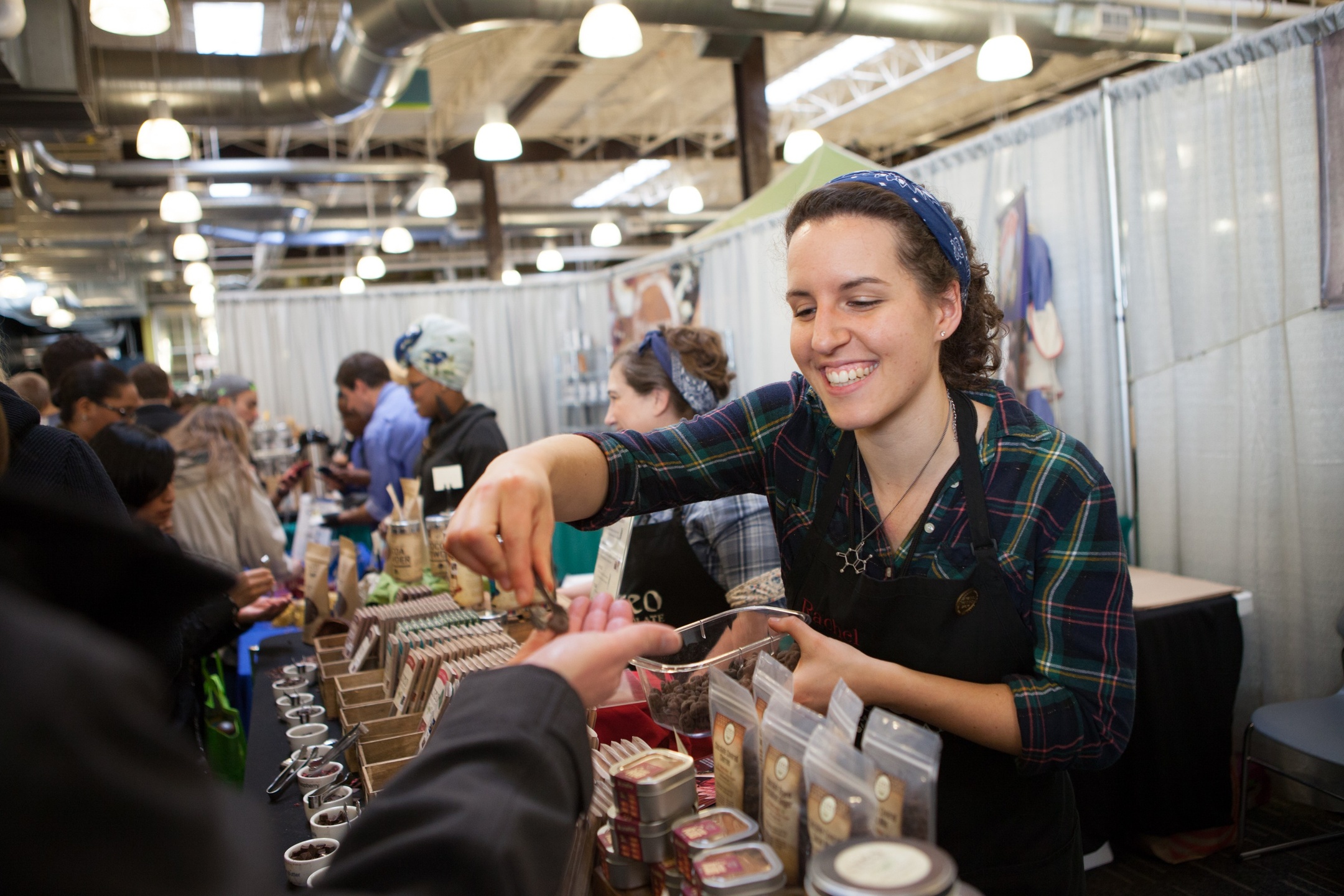 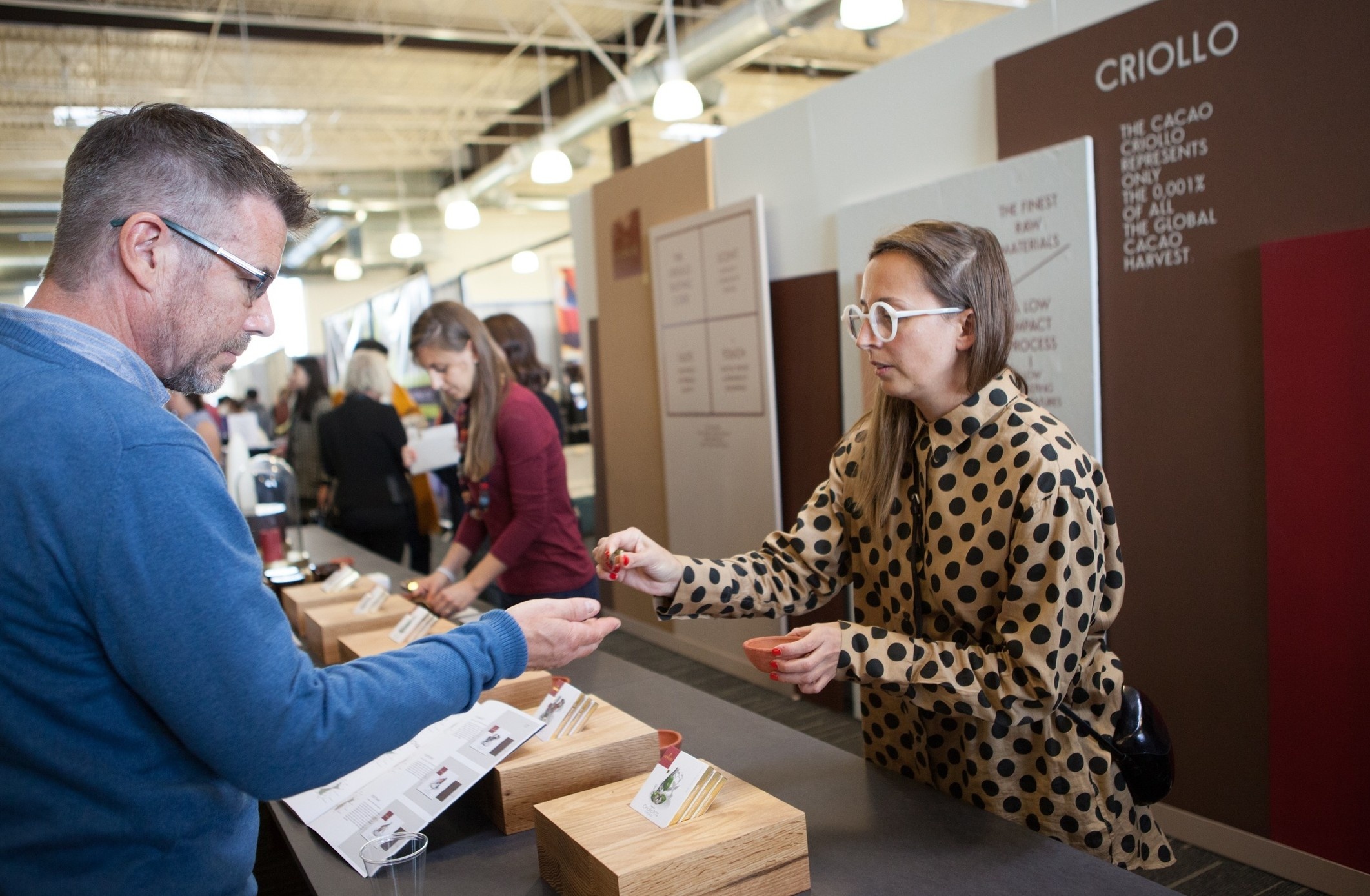 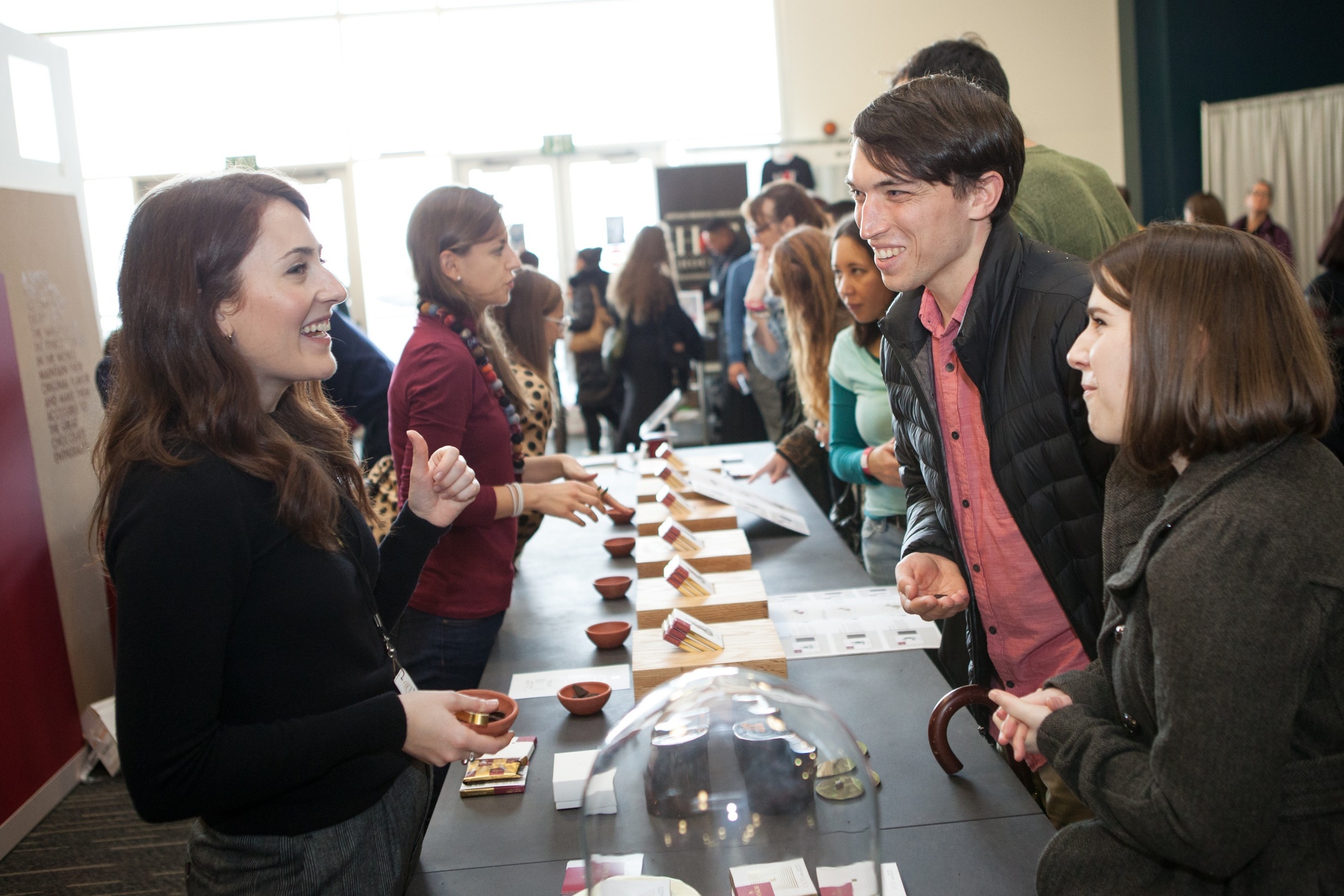 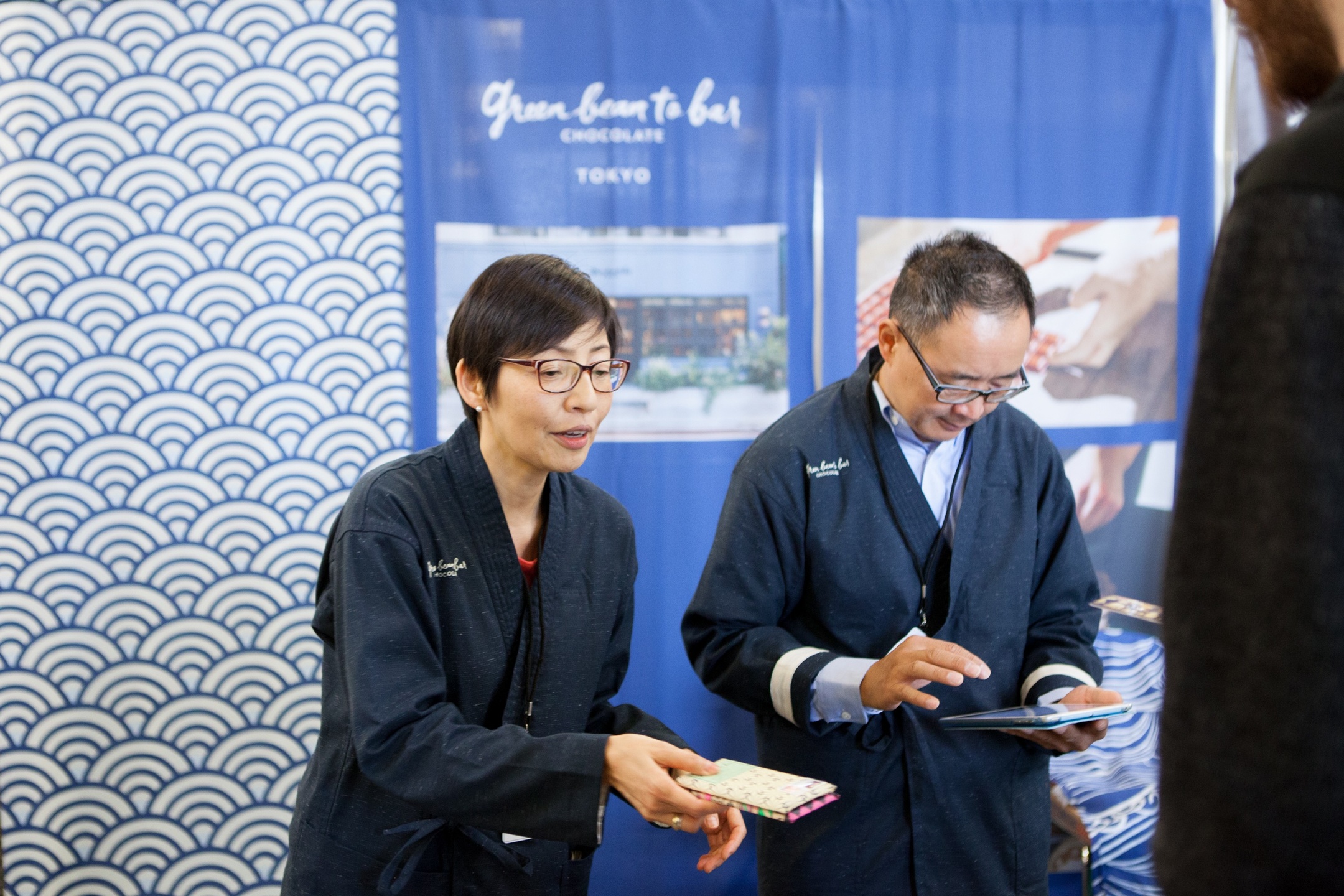 View and download the 2022 show Floor Plan. The map shows up-to-date booth configurations and available exhibit spaces in the festival. 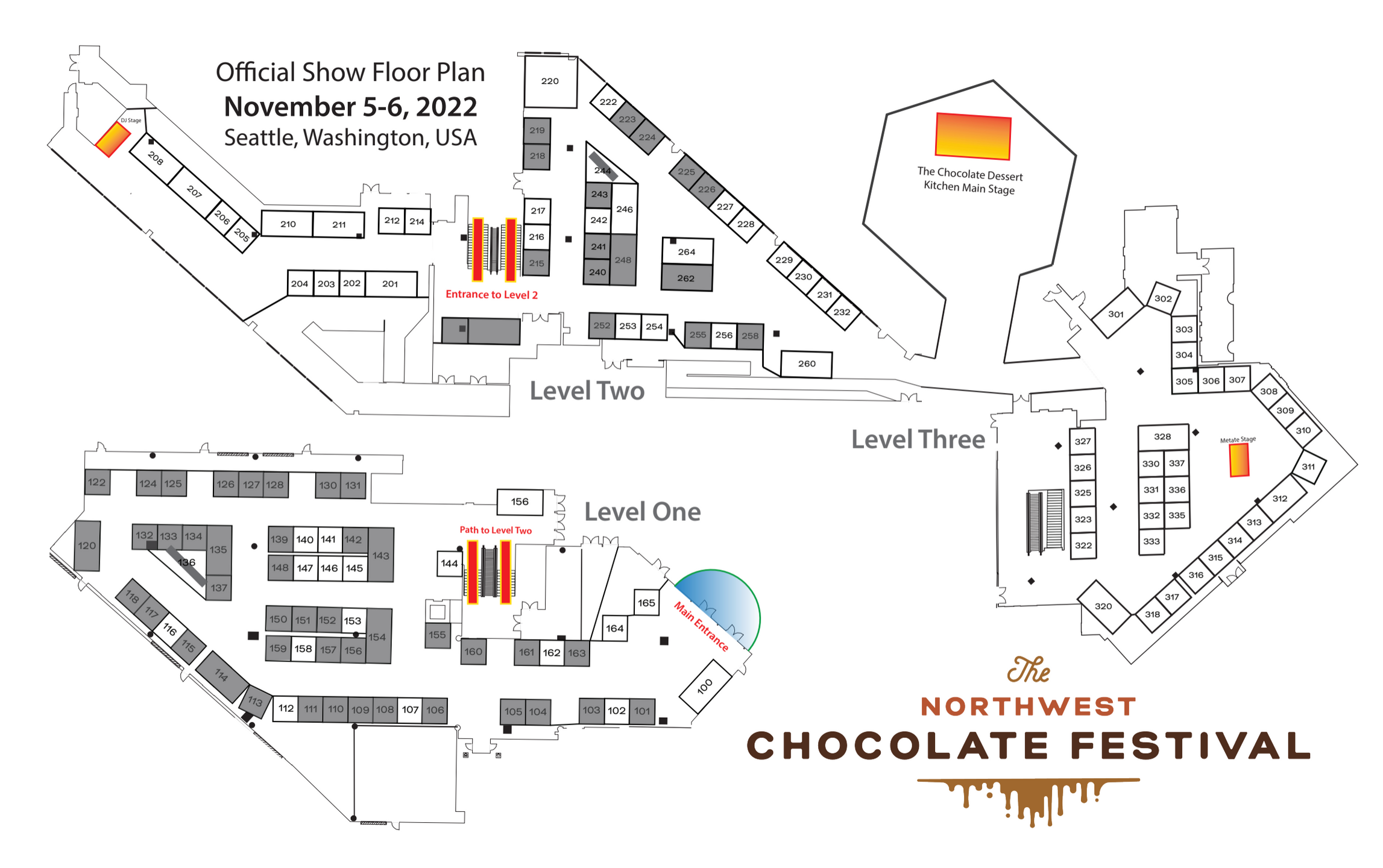 The weekend festival  is designed to safely welcome 4000+ people a day with a total capacity of 8000+ people in the weekend.

Wide aisles, expanded show floor areas, and transition zones that divide the show into four segments create an experience that takes the attendee to every exhibit. Featuring a timed entrance that generates an even crowd-flow to provide a long conversion moment at your booth for product tours, storytelling, and brand demos. Exhibitors have record-setting sales in the event thanks to our attendees who love Artisan Chocolate. The Festival provides attendees a world-class Education Program and Chocolate Product Experience.

Marketing for the show is regional, national, and international. We share your brand story and products with the world.

Along with our 14-years of community building and event production excellence - we have a network of industry, retail, and media contacts to share your story around the world. We spotlight our partners with social, print, and e-news. Build your network at the Chocolate Makers UnConference, win acclaim in the Global Product Competition, join our newest Product Trends exhibit and participate in the pre-show Exhibit Show Floor media sneak previews. We provide high-quality event programs and key industry insights to our media partners, industry leaders, and retail buyers around the world.

We have committed to investing in the highest quality "air-bridge" destruction technology for scrubbing the air in the facility. These devices use MERV 17 rated air filtration to capture airborne particles before they travel the room. The event will be a flagship for clean-air events in North America.

When you complete the registration form you will receive an email with available booth options as well as relevant forms, fees, and exhibit details. 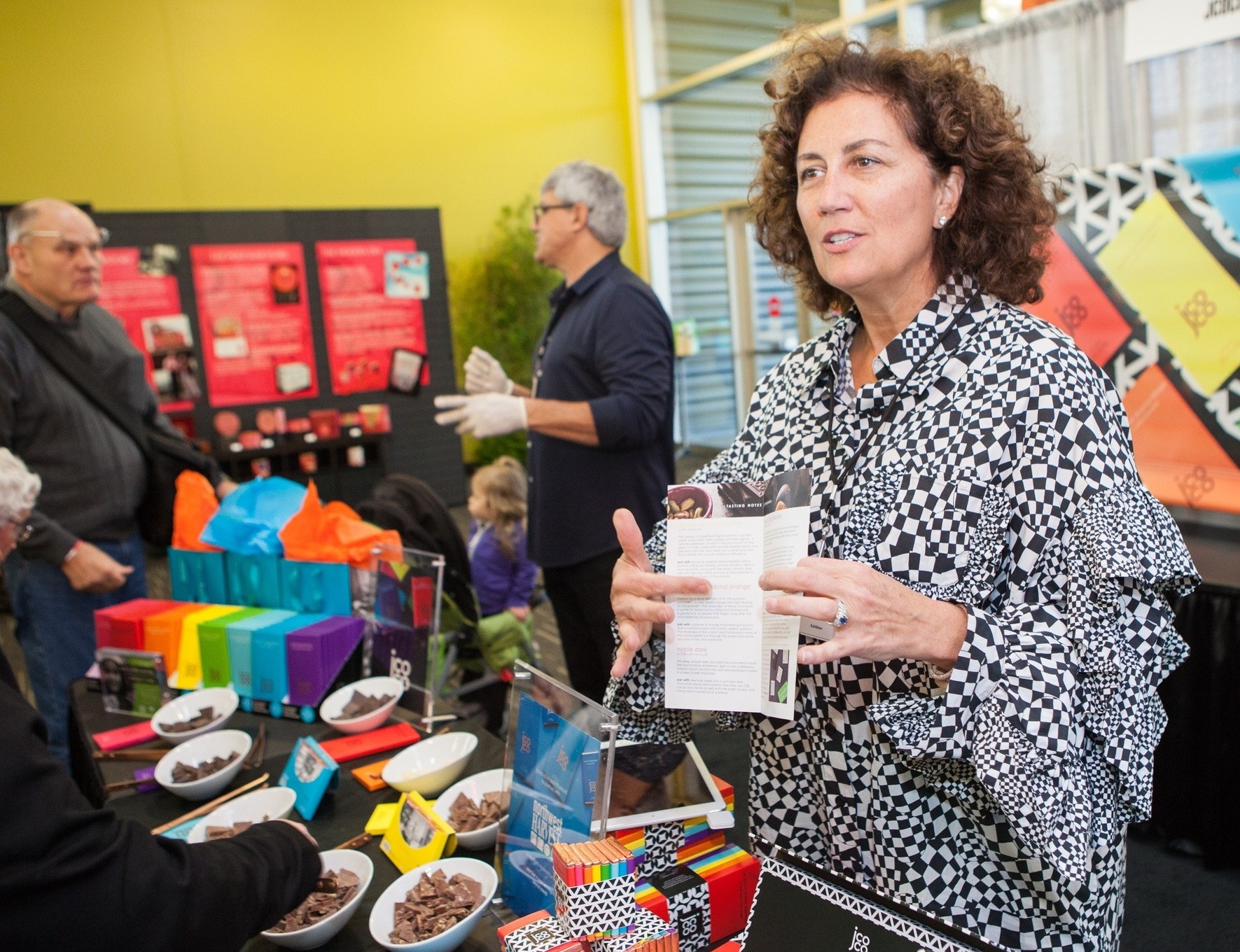 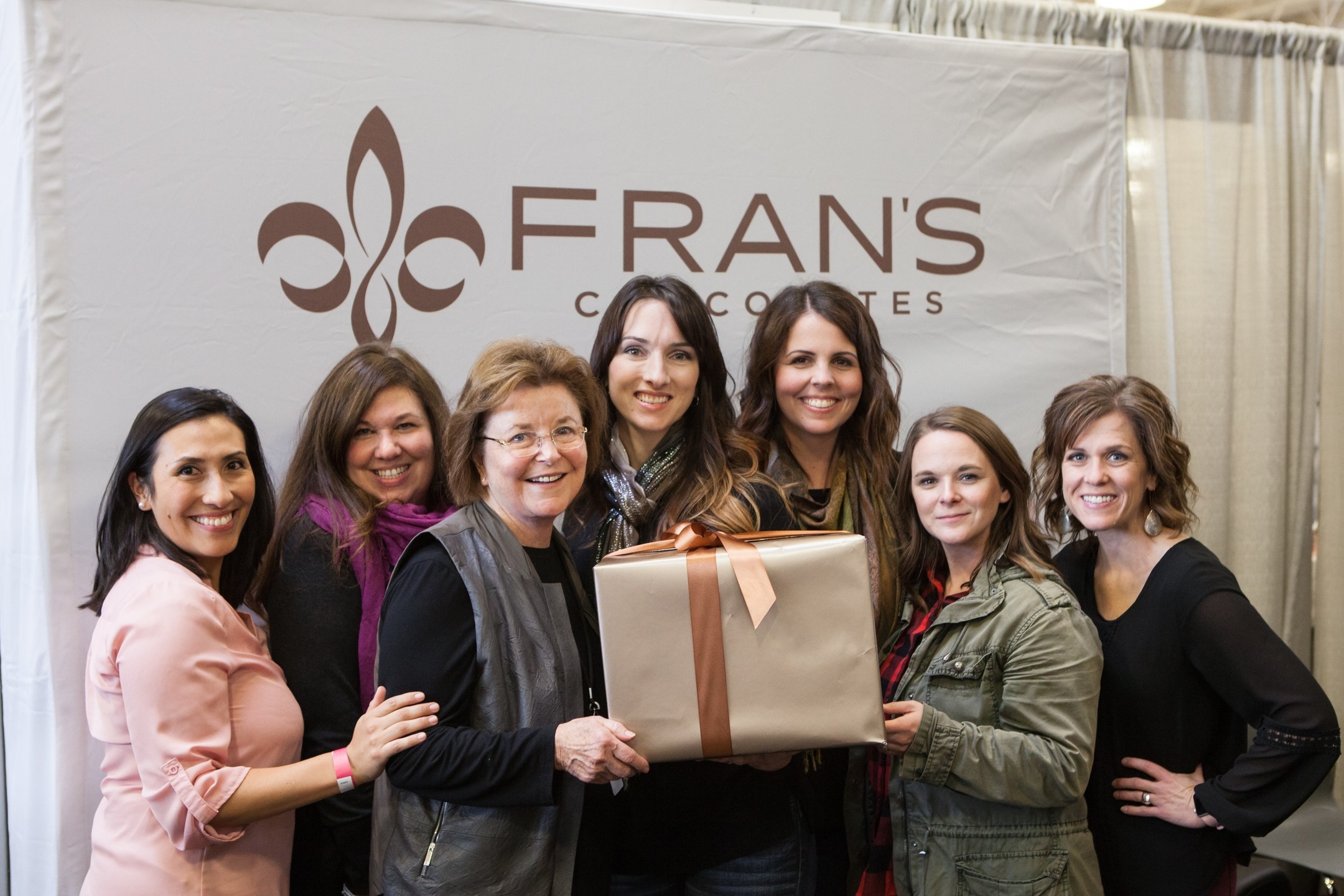 Join the top event in the chocolate world.

The Northwest Chocolate Festival, celebrating 14-years of excellence, has become one of the best known shows in the world for artisan chocolate. Featuring the world’s top chocolate makers and chocolate desserts. 150+ global exhibit partners from 25+ countries showcasing product on the three levels of the exhibit hall. The design of the show floor is one of pure magic and delight for attendees and exhibitors alike. We deliver the most talked-about event experience in the chocolate world today.

Share The Brand Experience in real-time and Sell Products at the booth.

We are part of a community of small business owners and visionary chocolate industry leaders who know first-hand the essential business of selling your products directly to consumers and retail buyers. The entire show floor is designed to provide your products with maximum exposure and sales ability. You bring the chocolate, we bring the buyers - all weekend long. 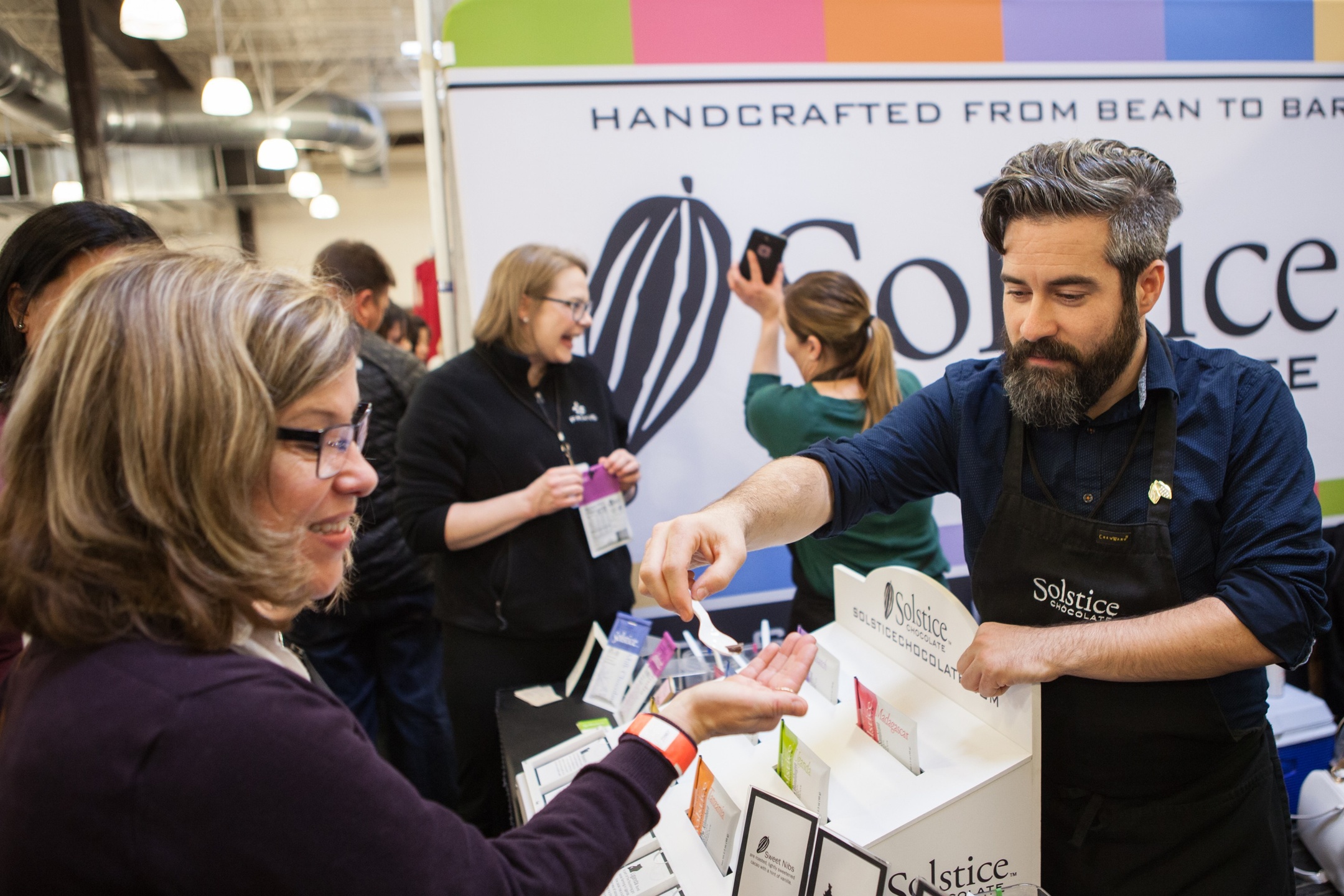 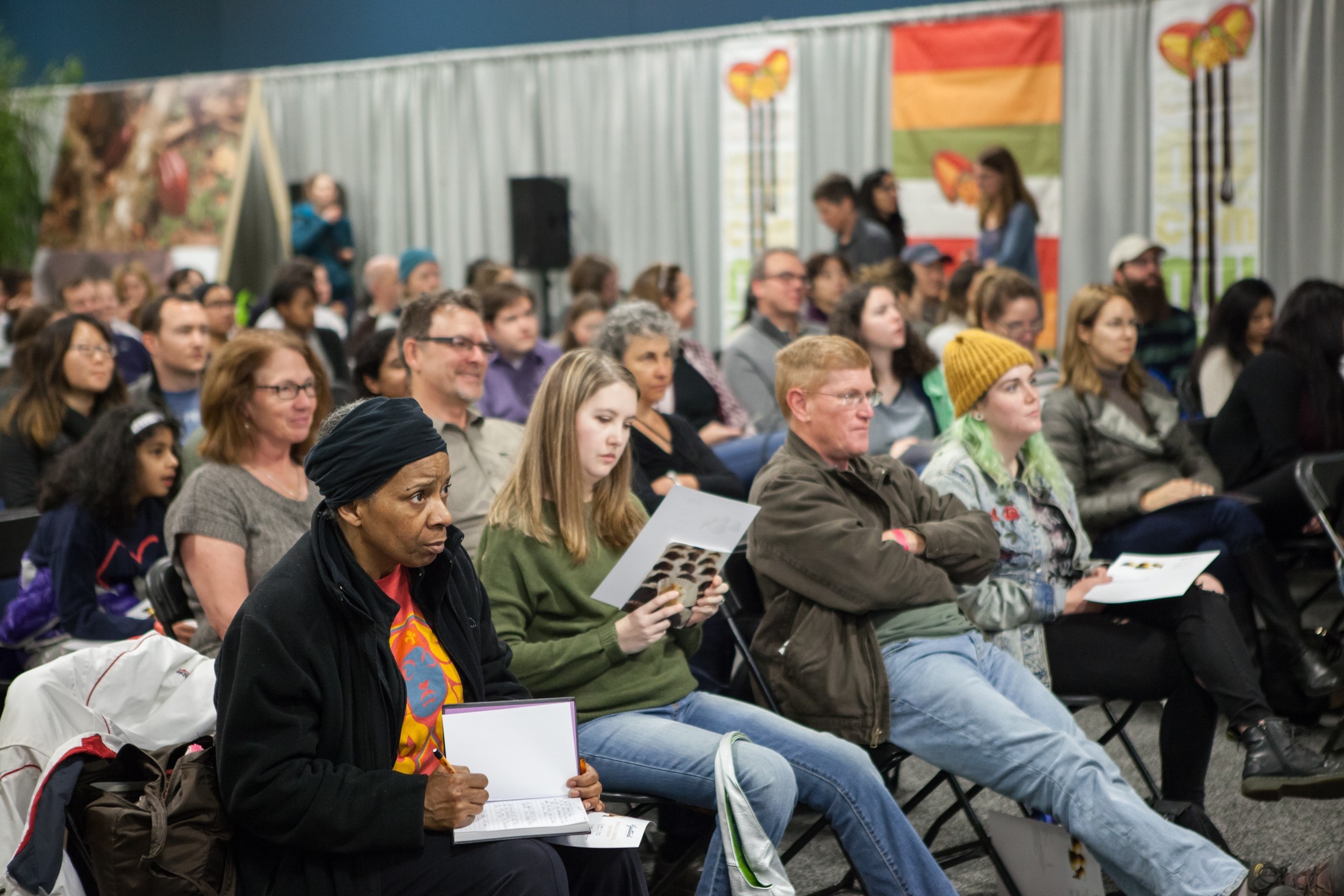 The Northwest Chocolate Festival will host 8,000 people in two-days for the 2022 show. Our attendees journey from all along the West Coast (85%) and from across the United States (12%) and from international regions (3%). The attendees at the show are 68% female and 32% male with high annual income (100k+ annual USD) and college education. Attendees are chocolate industry professionals (28%) alongside artisan chocolate consumers (72%).

The Northwest Chocolate Festival will be held at Bell Harbor Pier 66 indoor facility on the downtown Seattle waterfront. With views of the downtown skyscrapers, sailboats and Orca whales navigating the Puget Sound waters of Elliot Bay, and the Olympic Mountain Range - the view is only surpassed by the first-class facility and proximity to all downtown museums, parks, services, hotels, and amenities. 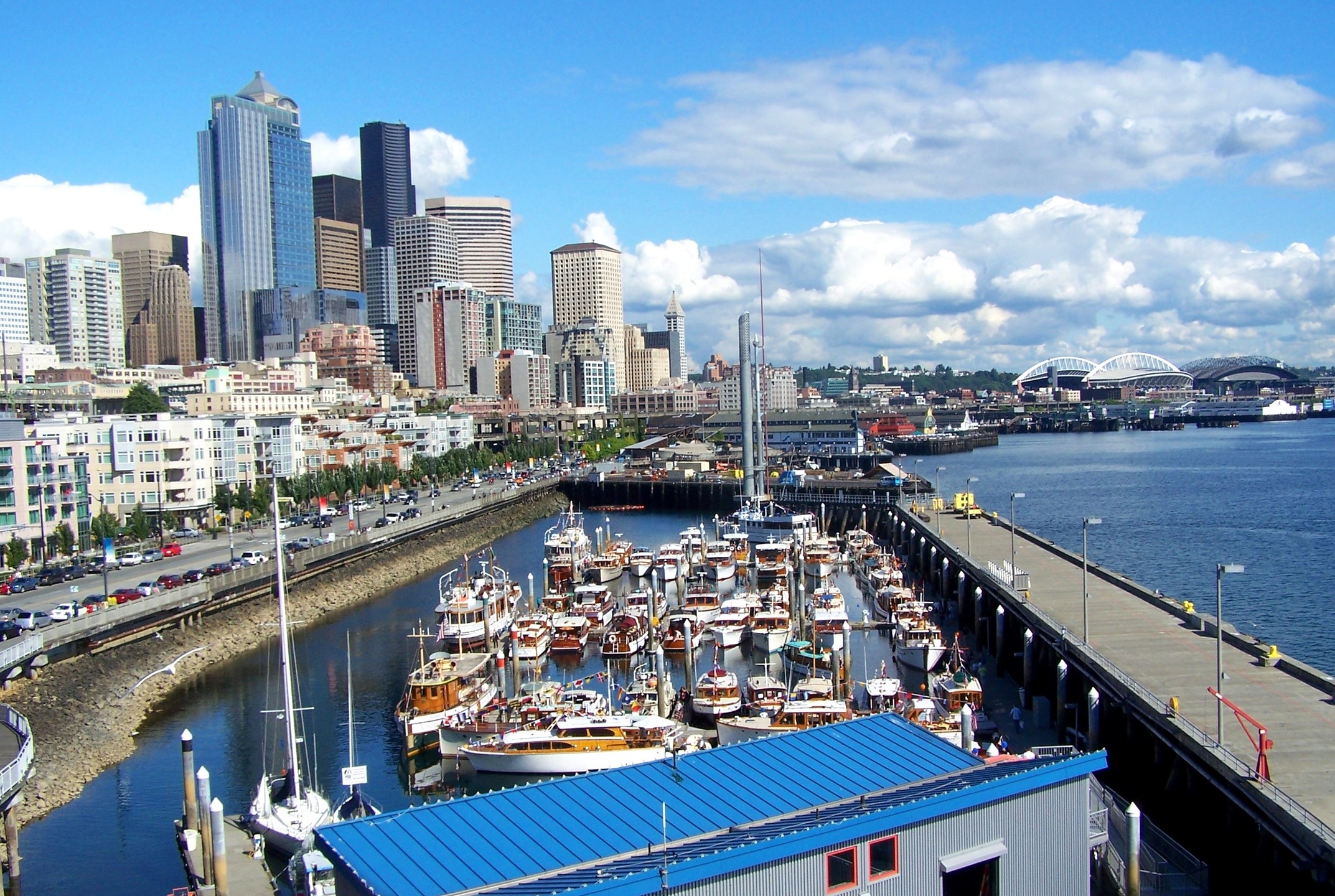 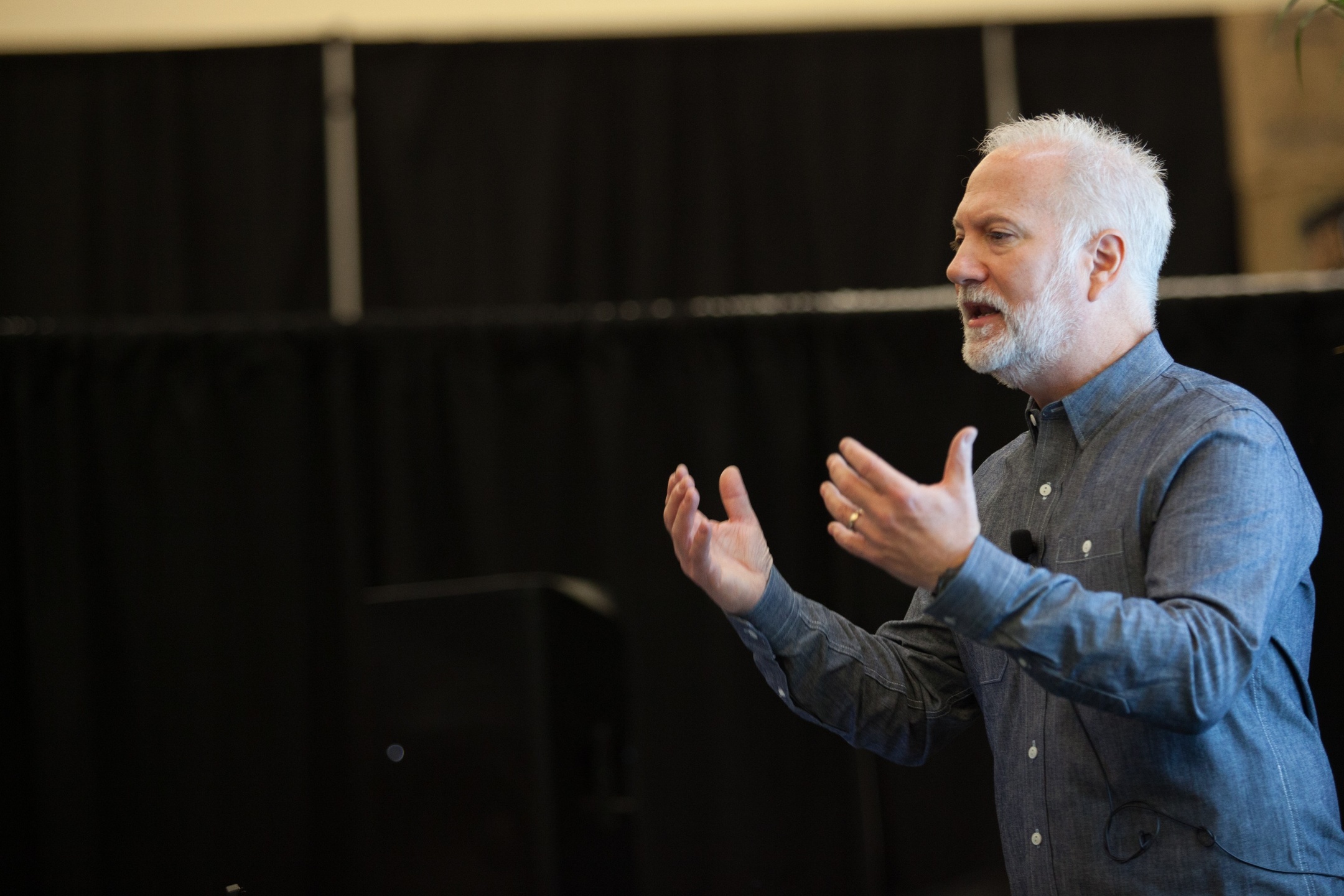 Featuring top voices in cacao and chocolate, the education program at The Northwest Chocolate Festival has delivered more than 1000 talks and seminars to an audience of been designed to include modern technology to enhance live tastings, self-guided trainings, pro-level workshops, science lectures, and keynote panels. Registered Exhibitors receive the first call for proposals to speak in the festival programs for 2022. The open call to the industry is hosted after the exhibitors have had time to submit topics.

What exhibitors are saying...

"NW Chocolate is the venue to interact with consumers and it's a great way
to connect with local retail shops & distributors who may want to stock
your chocolate. The exhibit provides a platform to network with other
chocolate makers and learn current and new trends in the industry."

The NW Chocolate Festival has been instrumental in building my chocolate business by connecting me directly to consumers and national buyers. The Brazilian Bean to Bar Association experiences great success in Seattle - it allows access to the American chocolate industry, retail buyers, and it confirms Brazil as a serious global player in craft chocolate.”

This truly is a great festival to know the trends of modern craft chocolate from around the world. We believe this is the most quality focused chocolate event in the world today and we love to support the Northwest Chocolate Festival."

Are companies able to sample or sell at the festival?

Yes. Product Sales are encouraged on the show floor for all registered exhibitors. Sample of products is up to the choice of the exhibitor, we recommend you offer samples to attendees of your chocolate products, this will increase sales.  Many companies that sample and sell at the festival have record sales in the weekend show.

What health & safety protocols are in place?

Our 2022 event is designed as a flagship example of hosting a clean-air event. We are designing the show floor around iterative, isolated, and localized filtration of air by cutting edge technology to ensure "air bridge destruction" within the working space.

With over 20-years experience in event production we are confident in our ability to deliver a safe envelope for our exhibitors to conduct business with our attendees.

We are continually monitoring local and national health and safety guidelines and will have updated protocols released periodically.

You may cancel anytime up to 60 days prior to the show for a full refund.

Cancellations between 30-60 days will have a 50% refund. Cancellations within 30 days of the show are not eligible for a refund.

How do I submit a topic for the Education Program?

Where is the Festival location?

The Northwest Chocolate Festival is held in the city of Seattle, in the state of Washington. Located in the Pacific Northwest Region of the United States of America - Seattle is a major metropolitan port and civic hub for the region. Seattle is the headquarters of Amazon, Microsoft, and many technology companies.

The event venue is a registered Port of Seattle facility with unrivaled waterfront access and puget sound views. Located in downtown Seattle along the newly renovated in 2021 Seattle waterfront park district.

The festival occupies the majority of the multi-building complex known as Bell Harbor International Waterfront Conference Center and Event Facility during the weekend of the show. The facility is located at 2225 Alaskan Way, Seattle, WA 98121. The facility is locally called "Pier 66 Bell Harbor" and it has a parking garage attached by skybridge, easy access to public transit and Uber, and it is located walking distance to downtown hotels and restaurants.

We can't wait to see you there.

Sign Up To Exhibit on the Main Show Floor 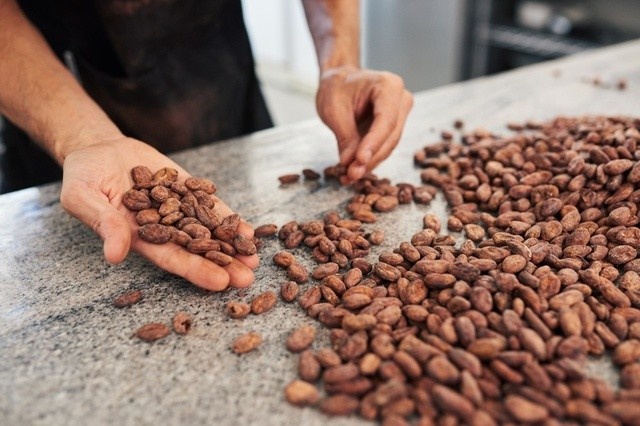 We'll send you the first updates on 2022 events and chocolate news. Let's stay in touch.

We never sell our list or spam our members. Unsubscribe at any time.